The Naples Players (TNP) are a community theatre company located in Naples, Florida. The company was founded in 1953 and performs in the Sugden Community Theatre in Downtown Naples. As of 2009, It has been named "Best Live Theatre" in Southwest Florida seven times by the readers poll of the The Naples Daily News, and is ranked as one of the top ten community theatres in the United States. CNN and Money Magazine cited the company in September of 2008 as one of the reasons why Collier County Florida is one of the top five "Best places for a long life in the United States".

Blackburn Hall
Add a photo to this gallery

The Naples Players have a reputation for pushing the boundaries of community theater and putting on productions of such quality that you're amazed you're watching non-professionals.

For the naysayers who wondered how a "non-professional" theater would tackle the theatrical challenges of the show- an extravaganza with a huge cast, endless ornate costumes and near-constant scene changes — the Players have created a show so polished and large-scale it could easily compete with any of the area’s professional venues.

The History Of The Naples Players Edit

The Naples Players Organization was founded in 1953 by local residents. Its first production, I Remember Mama by John Van Druten, was performed in the auditorium of what is now Gulfview Middle School. The group soon incorporated as a not-for-profit corporation and performed where it could in its first 22 years of existence in the Naples area, from local schools and storefronts to homes. In 1975, they established a home base for the next decade when a 40-seat playhouse was opened on Davis Boulevard. In 1985, TNP converted the now demolished Kon-Tiki movie theatre on Goodlette-Frank Road.

As the years passed, both the membership and audience for the company grew. However, as TNP entered it's fourth decade of existence in the mid 1990's, the Kon-Tiki Playhouse began to suffer from a crumbling facade and mechanical breakdowns, and it soon became clear that a new location was necessary. Following an unprecedented fund raising campaign, and a partnership with City of Naples in choosing a suitable location, over $6 million was raised to build the Sugden Community Theatre in downtown Naples on a site provided by the City, which was completed in 1998. Ironically, the Sugden Theatre sits only two blocks south of Gulfview Middle School, where TNP staged it's first production in 1953. Today, TNP has risen to become one of the preeminent community theatres in the United States, staging productions year-round featuring the talents of volunteer actors, directors, designers and crew, drawn from the greater Naples area, playing to an audience of over 65,000 patrons and season subscription holders.

The company has become a melting pot of volunteer theatrical talent representing all stage disciplines from across the United States, Canada, and the United Kingdom, in part due to the popularity of the southwest Florida area as a vacation and relocation destination. There is an adult education program which offers classes and workshops in acting, singing, dance, improvisation and technical theatre skills. The KidzAct program also offers classes and workshops year round with the same level of instruction as the adult courses. 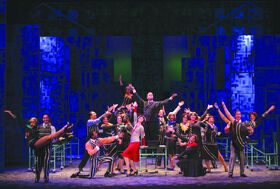 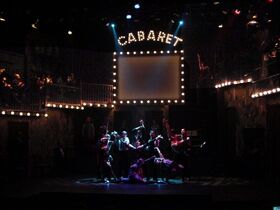 Annie
Add a photo to this gallery

Disney's Beauty and The Beast

The Pajama Game
Add a photo to this gallery

KidzAct is the Youth Theatre program of The Naples Players, founded in 2002.

While The Naples Players had traditionally produced a youth musical in the summer, An initiative was begun in the early 2000's to create a year-round educational theatre program featuring skills building and production classes to children and young adults ranging from 4-18 years of age.

The number of children in the program jumped from 30 in the inaugural summer of the program to nearly 600 by the start of the second class cycle.

The Kidzact program now stages five productions annually. Children audition to be admitted to the production classes, which make use in applying what the students learn in the skills building sections of the classes.

There is a full-time director of KidzAct and contracted teachers specializing in voice, dance, improvisation, and acting. Scholarships to the program are available based on financial need.

In the spring of 2007, KidzAct began an Outreach program. The program will team with local businesses and private donors to present plays in schools which do not have any type of a theatre program. The program does not displace any existing teachers at the chosen school. .

Fame
Add a photo to this gallery

Retrieved from "https://theatre.fandom.com/wiki/The_Naples_Players?oldid=2980"
Community content is available under CC-BY-SA unless otherwise noted.